WA100 2022: Now is the time to capitalise on your net-zero expertise

Our annual survey of the top architectural practices suggests a strong mood of optimism – but architects need to find ways to stay ahead of the game, writes Elizabeth Hopkirk 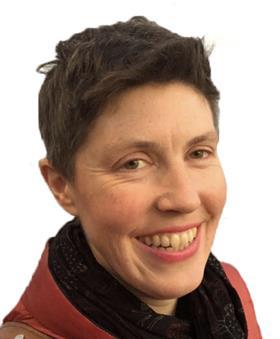 “We’re hiring and busy as hell.” ”We’ve won more work in the past year than we ever have in the history of our practice.” This is what it looks like at the top of the WA100, in the bullish words of the heads of Gensler and HDR, two of the biggest architects on the planet.

Listening to them, you would be forgiven for thinking that there had never been a global pandemic, nor that entire cities all over the world had been rendered ghost towns for months at a time. Cast your mind back to the bewildering spring of 2020 and it’s a miracle that things are so rosy.

The numbers in this year’s Top 100 have held remarkably firm compared with last year – and also with the edition before, which pre-dates the pandemic. Of course there have been winners and losers, but overall the trend is stability through a period of exceptional rockiness. And the predictions for the year ahead are for growth, not stagnation.

The winners are mostly those firms with clients in North America and China, currently the hottest spots by far. As our regional tables reveal, both have been sewn up by local firms, although the US’s Gensler managed to keep a toehold in the Pacific Rim, having increased its fee income there last year. It is the only non-Asian firm in that top 10 but, as co-CEO Andy Cohen tells David Blackman elsewhere in this year’s WA100, the secret is being seen as a local outfit.

It is not just China where Chinese firms are dominating. The second- and third-biggest earners of architecture billings anywhere in the world last year were Chinese.

The winners are mostly those firms with clients in North America and China, currently the hottest spots … Both regions have been sewn up by local firms

Arcplus Group and Tianhua are snapping at chart-topper Gensler’s heels, and there are two further Chinese practices in that top 10.

Meanwhile Chinese architects led the culture, hospitality, retail and residential charts, with Tianhua almost doubling its income from housing in the last year. And this is despite a national real estate slowdown, a government crackdown and the collapse of property giant Evergrande.

The statistics underpin what has been becoming clear for a while now: China as a market for architectural services and development is maturing.

Only a few years ago everyone wanted a Zaha, a Foster or a Koolhaas and they were prepared to pay for the prestige those names conferred. Then local design institutes, with which foreign architects are compelled to work, began offering their own versions of the stars’ work but were often ridiculed – or sued.

“Now there’s a lot more holistic thinking going on there about how cities work,” says Jeremy Farrington, who heads up BDP’s Singapore studio. “There was a time when you could metaphorically wave the union flag and it was real kudos for the client.

One answer that western firms may be able to offer is their expertise in retrofit. Most of China’s vast 500 billion m² stock of existing buildings is energy inefficient. Interest in repurposing buildings – even entire city centres – to be greener in both carbon and literal terms is growing fast.

It is an area in which British architects and other consultants excel, and it would be good news for us all if those skills could be employed to help developments in every part of the globe be truly net zero.

“There is a lot of inferred kudos from calling a project ‘net zero’ but in Asia clients often don’t understand what it means. A scheme may start with an aspiration to be Leed Platinum but, when the concept unravels, it ends up being whatever they can get away with,” says one architect on the ground.

We need to be one step ahead, and that could well accelerate the use of design for manufacture and assembly, with its appealing level of certainty.

We will also begin to see greater deployment of drones. It is early days, but firms in China have begun to experiment with their use to build facades. Perhaps it is only a matter of time before chief executives are telling us: “We’re buying drones and busy as hell.” Don’t get left behind.

How the charts were compiled

The data for the rankings and tables in this publication was gathered by UK communications agency Camargue on behalf of Building Design. Details and listings are the results of a survey sent out to over 1,000 architecture practices worldwide in September and October 2021 and analysed the following month. The listings contained within this publication are therefore based on declarations from the practices themselves.

This article is taken from the 2022 edition ofWorld Architecture 100,published by Building Design and free to subscribers.

Not yet a subscriber?

PLUS if you subscribe today you’ll beat the price rise and pay 2021’s rates!

Alternatively, you canpurchase a copy of the WA100 in digital or print here.